With virtual reality being one of the biggest things in technology, it does not seem surprising that by the end of 2019 it will become a mainstream feature in education. Virtual reality is becoming a useful tool in the classroom as it enables large groups of students to interact with each other as well as within a three dimensional environment.

Leading tech giants, Facebook and Google have pushed out two VR games and are currently pursuing more educational applications. Google developed an app which creates virtual reality field trips where teachers can act as ‘Guides’ and take their students on educational adventures. Whereas Facebook is incorporating their Oculus Rift to include immersive digital learning games and simulations.

Introducing VR in the classroom

There is a lot of argument to suggest that VR can aid STEM learning, by using it to create a unique educational experience and by replacing traditional forms of teaching (such as PowerPoint presentations and chalk and talk type methods). The use of virtual reality in schools has been likened to the use of gaming, a popular hobby for many teenagers. Ben Rossi from Information Age points out that quite often students struggle to concentrate in class but in their spare time devote many hours of concentration to gaming. Suggesting that if a student can devote hours of their lives to gaming, they can easily concentrate for that length of time on studying, providing it is interesting and interactive. “Stepping into a virtual world shows students the what, how and why that make learning interesting and compelling. VR can be applied to most learning and is particularly appropriate for teaching STEM subjects.”

However, some sources have argued that virtual reality will kill off personal human communication and interpersonal skills gained from traditional forms of education. There has been the ongoing argument that the rise in smartphones and social media has led humans to become less personable and interactive with one another, causing the concern that virtual reality in schools will only emphasize this even further.

Despite the arguments against VR in education, some schools have already implemented various forms of VR in the classroom. Below are some of the ways virtual reality is being used by schools around the world.

VR language allows users to fully immerse themselves in a new language by providing an environment which allows students to practice their listening and speaking skills. This is a fun and practical way of learning a new language, rather than traditional classroom methods.

The app Unimersiv, which can be used together with the Oculus Rift headset, allows learners to connect with people from around the world and practice their foreign language skills. There is also the option to play games and interact with other students in a virtual world.

Some schools are already using the Google Expeditions app, which is a virtual-reality teaching tool that allows users to join immersive virtual trips all over the world.  The app is designed to transport students to distant places on Earth so that they can get an idea of what different parts of the world look like. From anywhere to the Antarctic to Machu Picchu, Google Expeditions can take you across the globe in this virtual reality app.

The Google Expedition app is free to download on IOS or Android and schools can invest in some of the low-cost headsets that can be attached to a smartphone.

Virtual reality is being used for some educational learning. Students can participate in interactive VR games to improve their general STEM learning. Game based learning has been noted for being fun and motivating.  Students can get involved in virtual games, whilst taking in information at the same time.

In an article published by Hypergrid Business, they quoted that James Corbett, the Managing Director of MissionV, had said “the pedagogies of constructivism and game-based learning show that children learn best by doing or by being”. Suggesting that VR is a very positive tool for learning in the classroom. MissionV is a virtual reality software for schools which provide a game-based environment for schools.

With the help of MissionV, primary school students at one particular school in Ireland were able to recreate historical places by building them with geometric building tools.  This is a collaborative way of learning, designed to encourage new ways of thinking.

An experiment carried out by Google’s Daydream labs found that people who got VR training learned faster and better than those who were merely shown video tutorials.

Despite the arguments for lack of human connections, virtual reality definitely seems to be having a positive impact on education. Providing VR is used as an additional learning tool, rather than something that totally replaces traditional teaching methods, it can be highly effective at engaging and motivating students.

The biggest and probably most obvious disadvantage of VR is the expense of it.  For schools to invest in Oculus Rift headsets, they would be looking at spending thousands of dollars.  Although this may be possible for some private schools, this cost is still overly expensive for many public schools. Google Cardboard is relatively inexpensive, yet the apps which accompany it, for example, Google Expeditions, still may still be deemed prohibitively expensive for most state-run schools.

Nevertheless, as technology is constantly evolving and becoming accessible to more people, it is likely that the cost of VR equipment will decrease over time. Although not as advanced as the Oculus Rift, Google Cardboard is a lot cheaper.  Experts predict that by 2020 there will be more competitors on the market, offering headsets and apps for more affordable prices. Which will allow for more schools to invest in virtual reality. 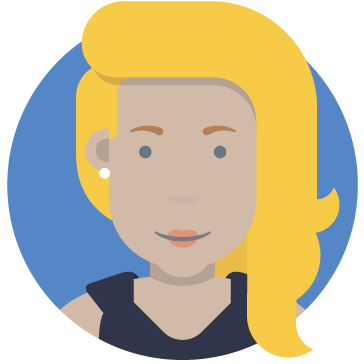 How Chatbots Are Being Used in Education

Chatbots, Messenger Bots, Facebook Messenger - everyone is using them! In today's blog, we look at why chatbots are such a helpful tool for schools.

We Sat Down With Admissions Staff From 6 Different Schools. Here's What We Learned.

We sat down with admissions staff from six Queensland schools to learn about their key challenges, here are our key takeaways.

Exciting news for schools with a Digistorm App: Apple's Developer Program is now available at no cost for all accredited educational institutions.